Psalm 118 Heth/2: Dark times for the Church and the need for faithful monasticism

Continuing my series on Psalm 118, I want to build today, on yesterday's post on the stanza labeled Heth. I had originally planned to devote two posts to this stanza, but I find I have some important things to say on it, so I’ll spread it over today and tomorrow.

Today I particularly want to focus on verses 61&62:

61 The cords of the wicked have encompassed me: but I have not forgotten your law.
62 I rose at midnight to give praise to you; for the judgments of your justification.

And I want to dedicate this post to all those who say their Office (and/or other prayers) where and when as best they can, as well as to the monks and nuns who rise in the night and pray on our behalf in their chapels with the full ritual!

In a reverse of the normal practice, let's start with the spiritual, rather than literal meaning of these verses.

Verse 61, funes peccatorum circumplexi sunt me et legem tuam non sum oblitus, echoes the imagery of Psalm 17, talking about the snares of our enemies, the temptations that cause us to trip and fall into sin.

“This very fact, that the bands of the ungodly surround the righteous, is one of the righteous judgments of God. On which account the Apostle Peter says, The time has come when judgment must begin at the house of the Lord. 1 Peter 4:17 For he says this of the persecutions which the Church suffered, when the bands of the ungodly surrounded them. I suppose, therefore, that by midnight we should understand the heavier seasons of tribulation.”

‘Midnight’ has a lot of symbolism around it, as Cassiodorus points out:

“They knew that at that hour the first-born of the Egyptians were smitten, that at that time the bonds of Peter, Paul and Silas who lay in prison were loosed, that the Bridegroom would also come at midnight. So at that same time they rise to give praise, so that they may not stand among the foolish virgins, and the door remain closed on them.”

So this verse is arguably particularly apt for our times, which are arguably one of the darker periods in the history of the Church.

But at such times, St Augustine argues, the Church arises strengthened, he says, “that through this very tribulation he might advance unto a bolder confession.” Bad times, as Father Barron has pointed out, call forth great saints.

But what about the literal meaning of the text?

This spiritual meaning of the verse is all well and good, but it has to be said that some of the saints interpret this verse very literally indeed. St Benedict in his Rule, for example, cites it as the reason for the inclusion of the long monastic Vigil of now known as Matins in his Office, and the instructions he gives to his monks to rise in the darkness so the hour is completed before first light.

But here I think we have to understand the prophetic sign that religious life is meant to represent. Scripture records that God often tells the prophets to do very odds things in order to make a point, to make the invisible truth visible to us. The most famous example of this is probably God’s instruction to Hosea to ‘marry a whore’, an instruction that we have every reason to think was meant and taken literally, but which served to show Israel for what she was, with her addiction to false idols.

For us today, monastic life is meant to serve a similarly prophetic function of making invisible truths visible at times by doing things others either cannot or should not! Medieval monastic theology, for example, as Dom Lecelercq’s magisterial book The Love of Learning and the Desire for God draws out, often portrayed monastic life as the vita angelica, the angelic life, where the monastery was ‘a Jerusalem in anticipation’.

Pope John Paul II’s Vita Consecrata built on this idea that we need spiritual athletes, an elite if you will, in order to encourage the rest of us on. Just as I go swimming even though I know I will never achieve the Olympic time the swimmers I enjoy watching compete on tv do, so we should pray as best we can, not letting the perfect get in the way of the good!

St Benedict’s night vigil then, when carried out faithfully by monks or nuns, serves to remind all of us of that need to push back the metaphorical night wherever and whenever we can. In an ideal world, we might all attempt to join with them spiritually now and then. But in the end, it is a particularly monastic function to offer this vigil on behalf of all of us. Monks and nuns can (in theory at least) rise at midnight, can sing all of the hours of the Office because they do not have children to raise, work to go to or an outside world that they must engage in. For a layperson with such duties, however, attempting to fulfill a full monastic regime may be positively harmful, just as marrying a woman who lacks virtue might be!

So should we get out of our beds at midnight to pray? Must we adopt all of the choir rubrics when we pray the Office?

To do so is certainly virtuous and to be encouraged, and we should be mindful of who God really is when we pray.

And we desperately need more faithful monasteries to make this symbolism real for us and spur us on to greater heights in our own efforts.

But I want to end by going back to the spiritual meaning of the verse here. In Psalm 126, we are presented with this verse: Vanum est vobis ante lucem surgere, or It is vain for you to rise before light. In that context, the point is that unless God gives us grace, nothing we do will bear fruit.

On Sunday’s during Lent, the Invitatory antiphon at Matins actually turns this verse around, making it ‘Non sit nobis vanum mane surgere ante lucem: quia promissit Dominus coronam vigilantibus’, or Let it not be in vain to rise before the light, for the Lord has promised the crown to who keep vigil.

All of us are called to keep vigil in ways proper to our state of life, and those who do so semi-recumbent in bed, whether saying some part or form of the Office, the rosary or some other prayer, however brief, can take heart, I think, from Cassiodorus’ comment on Psalm 118 that “we always rise when we hasten to the Lord's praises.”

Notes on the Latin

61 Funes peccatorum circumplexi sunt me, et legem tuam non sum oblitus.
The cords of the wicked have encompassed me: but I have not forgotten your law.

62 Media nocte surgebam ad confitendum tibi, super judicia justificationis tuæ.
I rose at midnight to give praise to you; for the judgments of your justification.

medius, a, um in the middle, midst
nox, noctis, f. night
surgo, surrexi, surrectum, ere 3, rise, stand up; to awake; to rise, to get up from bed or from sleep
confiteor, fessus sum, eri 2 to praise, give thanks; to confess, acknowledge one's guilt
super+abl= about, concerning; with, on, upon, for, because of.
judicium, i, n. judgment, decrees; law, commandment; the power, or faculty of judging wisely; justice.
justificatio, onis, f precepts, decrees, statutes, ordinances;

Media nocte surgebam (impf, repeated action) = I rose in the middle of the night

The Greek suggests more ‘the judgments of your righteousness’.

And you can find the next part in this series here. 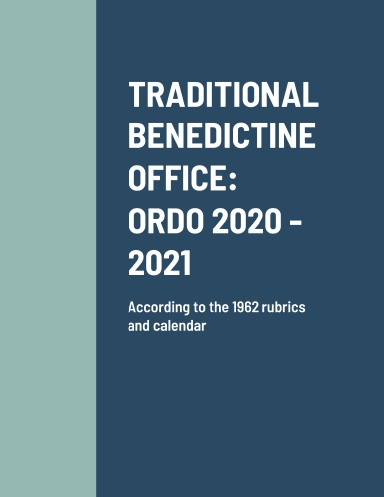