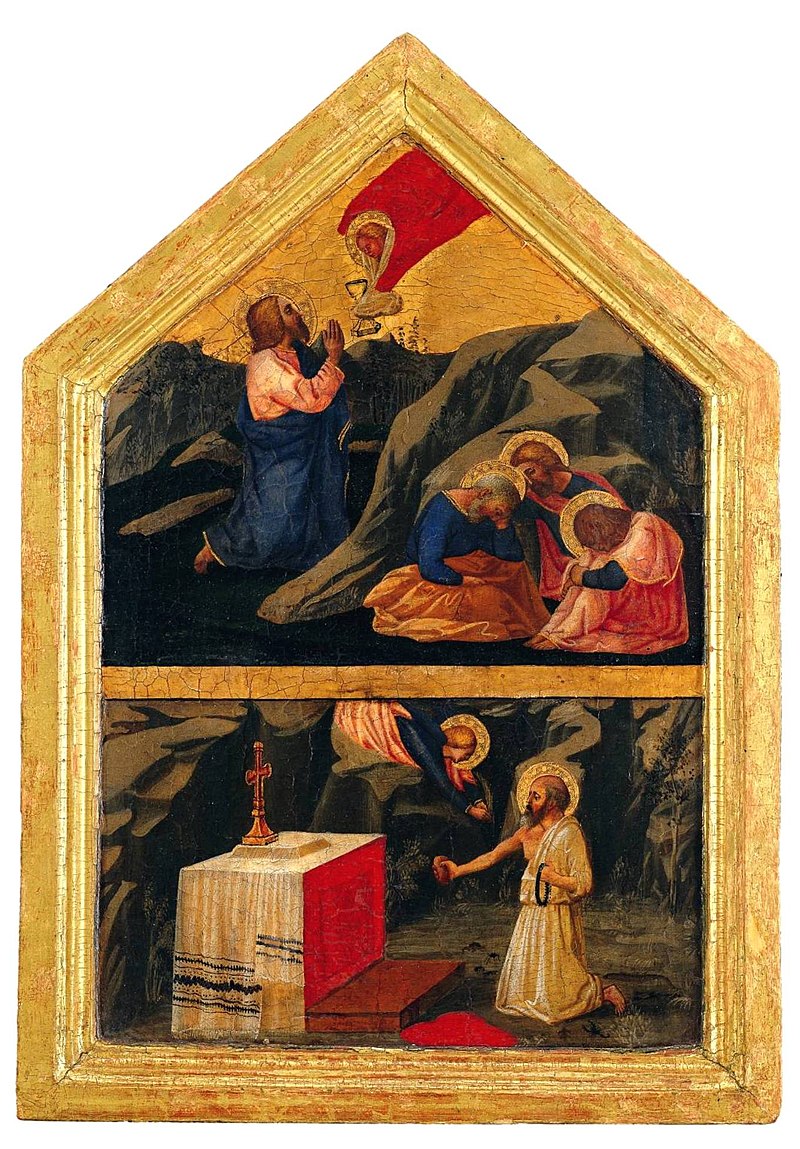 You can hear it read aloud here:


Psalm 12 in the context of the Benedictine Office

Thursday’s psalms in the Benedictine Office generally have a rather dark character, with the tone for the day set by Psalm 87 said at Lauds, which is perhaps the darkest psalm of the entire psalter.   Psalm 12, the first of Prime which is considered here, also echoes the theme of abandonment by God, albeit with a more upbeat end to the psalm.   All the same, it is the prayer of the Garden of Gethsemene.

Though short, the psalm has three sections.  First the psalmist sets out his complaint, articulating the state of crisis he is in.  Secondly, he pleads with God for help, asking God to enlighten him – to make clear what he should do and prevent him from falling to temptation or enemies.  Finally, he articulates his hope, and the joyful response to God’s help that he will give when it arrives.


Prayer that the just man addresses to God when he is tempted and afflicted by his enemies.


Abandonment and trust - This beautifully constructed Psalm forms the transition from the oppression of Psalm 11 to the joyous notes of Psalm 15.  Every good prayer must mount the three stages of this Psalm: 1) crisis, 2) heartfelt plea, 3) confident hope.


...Psalm 12 yields a more ample understanding if we hear it on the lips of the Lord Jesus during the night of his agony and betrayal...What is described in Psalm 12, then, is the Lord's struggle with Satan, sin and death...Christ in the Psalms, pp 23-4


Liturgical and Scriptural uses of the psalm